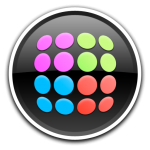 We’ve gotten a ton of feedback from ArraySync early adopters, including many great suggestions for future updates to ArraySync. Some of them had already been planned, while others we hadn’t even thought of. Here’s a tentative list of what’s in the works for ArraySync 1.1, a massive update due out in March.

END_OF_DOCUMENT_TOKEN_TO_BE_REPLACED

Based on a customer suggestion, I’ve written and uploaded a little app that you can use to activate ArraySync server on a computer that does not have an internet connection. This may be a server running on a rental unit at a conference center or other venue where an Internet connection is unavailable, or running on a closed network intentionally disconnected from the Internet.

Simply install Remote Activator along with ArraySync, then visit ra.nasolab.com on your smartphone or other web-connected mobile device, enter your activation credentials, and submit. You’ll receive a special 10-code unlock key unique to your machine. Type this into Remote Activator and you’ll be ready to go! 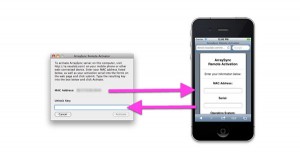 You can find Remote Activator on the ArraySync homepage.

Apple has finally approved ArraySync for sale in the Mac App Store. Both ArraySync (server) and ArraySync Client can be purchased/downloaded from Apple’s online software store for Macs. They’ll be able to talk to standard web-downloaded versions of ArraySync too. It only took Apple three weeks but it felt like forever.

If the Mac App Store is your cup of tea, this might be a good option for you. 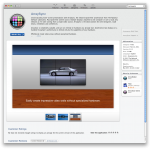 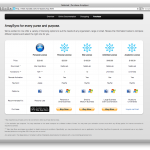 After some feedback from our early customers, I’m pleased to announce several new licensing options for ArraySync server. There are now four licenses offered: Personal License, Site License, Unlimited License, and Academic License. These new licenses allow greater flexibility and economy for organizations seeking large-scale ArraySync deployment. All existing customers have been converted to the Personal License, and may request an discounted upgrade to a higher license by contacting sales@nasolab.com.

END_OF_DOCUMENT_TOKEN_TO_BE_REPLACED

This is just a quick note to remind our users that when you update ArraySync you must also update all the clients. The servers and clients must be the same version to see each other.

Hooray, the first ArraySync update! Today we’ve released ArraySync 1.0.1, which you can download from the ArraySync homepage for Mac OS X and Windows. Here’s a detailed explanation of each point in the changelog.

You can now try ArraySync fully functional for ten days. Previously, ArraySync would simply close a presentation after five minutes – not very useful for testing if ArraySync is appropriate for you. Now you have ten days without this irritating limitation. ArraySync will register your new demo period with NaSoLab when you first launch, and will subsequently revalidate with NaSoLab every time you launch demo mode again, until the trail period expires.

END_OF_DOCUMENT_TOKEN_TO_BE_REPLACED

Many of our early customers have already pointed out that ArraySync documentation is rather insufficient right now. I will be working this week to put together a much more robust documentation section on the ArraySync website, including tutorials, troubleshooting tips, and videos. So stay tuned for that!

I’ve been using Apple’s Keynote presentation software exclusively since 2006. In the past five years I’ve come to know its many strengths (and few weaknesses) and have become something of a champion or evangelist for it.

One great but little-used feature in Keynote is its ability to export to QuickTime. In doing so, you are instantly able to share your presentations with anyone using any computer running any platform, even if they don’t have Keynote. Well now it also has another use – exporting your presentations for ArraySync!

END_OF_DOCUMENT_TOKEN_TO_BE_REPLACED 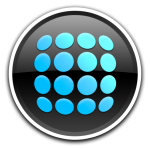 When I first started planning ArraySync I had in mind that I’d eventually have to write a utility to split up videos into segments, because the built-in spanning mode was not so great on slower hardware due to the nature of what it’s doing (simply playing a movie really blown up). However, while testing ArraySync on Windows machines, it became obvious that spanned mode was not going to work at all on that platform (for now, at least), due to a bug in Apple’s QuickTime API.

So, I set aside a few weeks from ArraySync development and rushed ArrayShaker from a simple idea to a finished product. While putting it together, my new goal was to have ArrayShaker (at least something) available on the Mac App Store for opening day, even though ArraySync wouldn’t be. To meet that goal, I gave very little thought to how I would implement it on Windows. Perhaps too little…

Well long story short, ArrayShaker is finished, it works, and it’s in the MAS. Unfortunately, because I didn’t plan ahead well, I’m going to have to actually rewrite a lot of it to get it to work on Windows. Don’t’ worry, I do plan on doing this, but that’s why it isn’t available now.

I do hope this isn’t tremendously inconvenient to anyone.

Originally the plan was to release ArraySync for direct purchase customers at the same time as ArraySync for the Mac App Store. Unfortunately, Apple has really been taking their time reviewing ArraySync and other apps. This has caused widespread frustration among the developer community. So I decided yesterday to release ArraySync 1.0 on the website for Mac and Windows users who wish to purchase it that way.

Things brings up another problem, having to do with updates. ArraySync is pretty primitive at this point compared to where I want to take it. Future updates and bugfixes will have to be submitted to Apple in the same manner as the original. So the question is, do I make NaSoLab Direct customers unfairly wait until the version updates are available in the Mac App Store? Or do I release updates for direct customers immediately, making MAS customers unfairly wait? I’m not the first developer to have to worry about this.

I realize Apple is swamped with reviews, and their policy is ostensibly designed to ensure the safety and quality for both customers and developers. I really wish they would go a little faster though.